As part of our Cathedral Faces series, we are sharing biographies of our staff members. These dedicated individuals contribute a lot to our community, in ways seen and unseen, and we are thankful for their work. 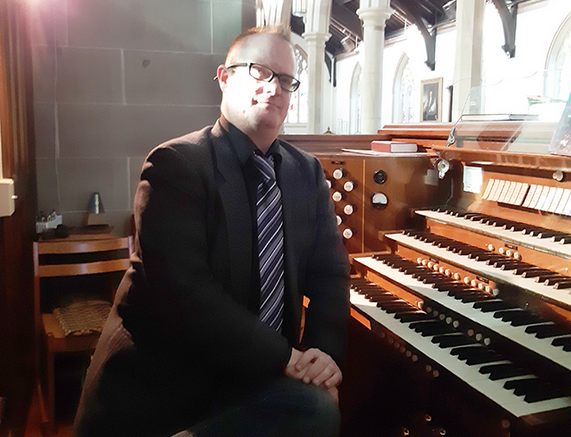 J. Thomas D. Gonder, born in Cayuga, Ontario in 1971, exhibited musical gifts at an extremely early age. He spent most of his life in London, Ontario, his family having relocated there in 1981. Immediately becoming involved in the musical life of St. Paul's Cathedral, he spent many years there as a chorister, Organ Scholar, Assistant Organist, and Organist and Master of the Choristers. Thomas quickly rose to the forefront of the Canadian Organ scene as one of its brightest young performers shortly after his public debut at the age of 15 under the tutelage of D. Mervyn Games. Today he is recognized as one of Canada's leading and most versatile concert organists and church musicians. His teachers, mentors and greatest influences also include David Palmer, Ian Sadler, William S.J. McArton, Catherine Crozier, Simon Preston, Gerald Bales, Naji Hakim and David Briggs.

Thomas has developed a wide-ranging career as organist, accompanist, church musician and composer. Naji Hakim (Paris, France) has described him as "a deeply feeling and emotional player", Simon Preston (Great Britain), "an amazing talent", and the esteemed Canadian musician Gerald Bales, OC, (1919 - 2002) proclaimed him the foremost interpreter of his organ works. Thomas has earned himself a reputation as an exciting, virtuoso performer of distinction in command of a vast repertoire, most notably with the French Romantic and Post-Romantic repertoire, having performed the complete Organ Symphonies of Louis Vierne in 1997 and 2014. Thomas is internationally recognized as a leading interpreter of the organ works of Naji Hakim of Paris, France, the most prolific composer of organ music in the world today. Thomas has premiered much of Mr. Hakim’s work in Canada. In 1995 he gave the Canadian Premiere of 'Vexilla Regis Prodeunt' at the Jack Singer Concert Hall, Calgary, Alberta. 1997 saw the World Premiere of Gerald Bales' 'Impromptu-Toccata' at the closing concert of the Royal Canadian College of Organists National Convention. Thomas has also had numerous works composed for him and recent years have seen two world premieres of works by Parisian composer, Nicolas Chevereau and Elegie Canadienne by David Briggs. 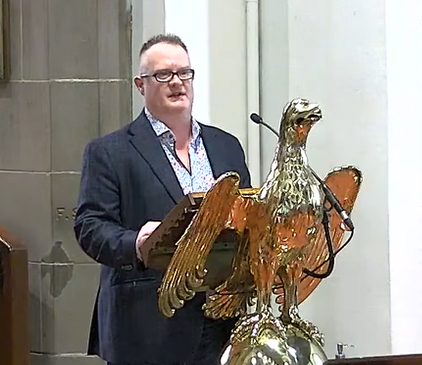 Thomas joined the Cathedral Staff in January of 2020 and quickly and enthusiastically joined the wider Fredericton community. A lover of nature and a self-professed bird watcher, he is enjoying some of what makes life along the River St. John so unique.

We are fortunate to have Thomas leading both the Cathedral Choir and Worship Band. In 2021 and 2022 he organized the Cathedral Summer Music Series, with free concerts featuring a variety of performers and musical styles. In addition, he liaises with local music groups who book the Cathedral for concerts and rehearsals. Thomas has also taught organ students, including Cathedral Organ Scholar Christian Vanicek.

Shortly after his arrival in our city, an article about Thomas was published in the NB Anglican newspaper. Read it here.

When Pastor Warren heard that a man in his church had deserted his wife and family, he asked God to help him meet the man as if by accident so they could chat. And He did! When Warren walked into a re...
View on Facebook
· Share