Our Liturgical Word of the Week is "feria". Thanks to our Director of Christian Formation, Kurt Schmidt, for writing these to teach us some liturgical language each week! ... See MoreSee Less

Thwack! I looked up and craned my ear toward the sound. Spotting a smudge on the windowpane, I peered out onto the deck and discovered the still beating body of a bird. My heart hurt. I longed to help...
View on Facebook
· Share

Listening for the Spirit in a liminal time | anglican.ca -- www.anglicanjournal.com/listening-for-the-spirit-in-a-liminal-time/ ... See MoreSee Less

Listening for the Spirit in a liminal time – Anglican Journal

As I write this on the cusp of the spring equinox, I am so deeply grateful for the gift of light as the spring sunshine has melted the snow, is greening the grass and is offering such promise for warm...
View on Facebook
· Share

The Most Rev'd David Edwards, Bishop of Fredericton, Metropolitan of the Province of Canada 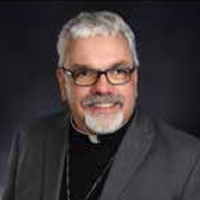 The Most Rev’d David Edwards was born and educated in Shropshire, England. He studied at Loughborough University and Homerton College Cambridge and worked as a high school history teacher prior to completing diplomas in Religious and Evangelism Studies followed by a Master of Arts in Applied Theology at the University of Kent at Canterbury.

Both prior to and following his ordination in 1995, Bishop Edwards served in ministry in the Chelmsford Diocese in England, including as Bishop’s Advisor in Evangelism and in the Parish of High Ongar. He moved to New Brunswick in 1998 to be Principal of Taylor College of Evangelism. He has also served in parishes in Saint John, as Parish Development Officer for the Diocese of Fredericton and as Vice-Chair of Safe Harbour Transitional Youth Services in Saint John.

He was awarded an Honorary Doctor of Divinity from Wycliffe College (University of Toronto) in May 2015 and now serves on the College’s Board of Trustees. He also serves on the Board of Governors of St. Stephen’s University, and on behalf of the Anglican Church of Canada, as Liaison Bishop to Mission to Seafarers Canada.

David enjoys reading, walking and has been a life-time supporter of the Wolverhampton Wanderers Football Club (the Wolves). David was married to Janet until her death in 2018.  He married Debbie (Collicott) in early 2020. 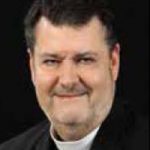 Geoffrey holds a BEd (Major-Secondary Environmental Studies, Minor-General Science) from the University of New Brunswick, Fredericton (1986) and was admitted to the degree of Master of Divinity (MDiv) at Atlantic School of Theology (1990). In the Diocese he has served in the parishes of St. Phillip’s, Moncton, Central Kings, St. Paul, the Tobique, Grand Bay, Ketepec, as Archdeacon of St. Andrews (2001-2003) and was Diocesan Archdeacon and Executive Assistant to Bishop Claude Miller (2003-2014). Originally from Woodstock NB, Geoffrey is married to Kelley and feels called particularly to ministries of Christian proclamation and faith development. He enjoys music and the casual study of things technological, especially that which enables and enhances communication. When not attending to the duties of ministry, spending time with family (two grandchildren!), experimenting with some of what is possible with computer-based technology and the internet and making a bit of wine all keep him more than occupied. 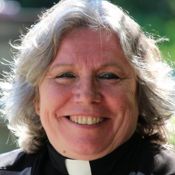 Born in Ottawa, Ontario, Debbie grew up in Keswick Ridge, New Brunswick, where she still makes her home with Phillip, her husband of 40+ years. They have two sons and daughters-in-law and four grandchildren, who are a tremendous source of joy. She is a life long Anglican, with, as she describes, “a well rounded Ecumenical background.” Drawing on her rural roots, she leads workshops and retreats with humour and a down to earth sense of the sacred. Debbie was ordained as a vocational deacon on o1 February 2009. She received Clinical Pastoral Education (CPE) at the Dr. Everett Chalmers Hospital in 2010, and is one of the an on-call Duty Chaplains team with URVH. She completed training in Spiritual Direction with the Haden Institue in conjunction with Mount Carmel Spiritual Center in Niagara Falls in 2014. Debbie was employed with ADI (later exp Global, Fredericton) for 28 years as an Administrative Assistant and currently is a Library Assistant at the Nackawic Public/School Library, part time. She is the Diocesan Representative for the Anglican Fellowship of Prayer and is also a member of the Diocesan Spiritual Development Team. She has volunteered with the Fredericton Homeless Shelters, and also was a volunteer reader with AMI-Accessible Media Inc.

Kirsten is passionate about creating positive change through community collaboration and inclusiveness. She holds a B.A. from Memorial University of Newfoundland and an LL.B. from the University of New Brunswick. She spent 15 years working as a consultant for a variety of non-profit organizations on health promotion initiatives, communications and event planning, and volunteers with a number of youth-focused community groups.

Born in Ontario, Kirsten has lived in five provinces and her strongest roots are in Newfoundland, where most of her extended family lives. She and her husband Brad have lived in Fredericton since 2002 and have two daughters: Claire and Charlotte.

Kirsten has grown in faith as part of the Cathedral’s church family: through worship, as a member of the Communications Committee, a Belize mission team member, and volunteer for programs and events. She feels blessed to join the Cathedral staff, helping to connect the community for God’s purposes. 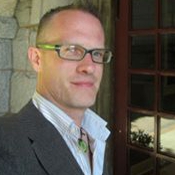 J. Thomas D. Gonder, born in Cayuga, Ontario, exhibited musical gifts at an extremely early age. He spent most of his life in London, Ontario, his family having relocated there in 1981. Immediately becoming involved in the musical life of St. Paul’s Cathedral, he spent many years there as a chorister, Organ Scholar, Assistant Organist, and Organist and Master of the Choristers. Thomas quickly rose to the forefront of the Canadian Organ scene as one of its brightest young performers shortly after his public debut at the age of 15 under the tutelage of D. Mervyn Games. His teachers, mentors and greatest influences also include David Palmer, Ian Sadler, William McArton, Catherine Crozier, Simon Preston, Gerald Bales, Naji Hakim and David Briggs.

Thomas joined the Cathedral Staff in January of 2020 and quickly and enthusiastically joined the wider Fredericton community. A lover of nature and a self-professed bird watcher, he is enjoying some of what makes life along the River St. John so unique. 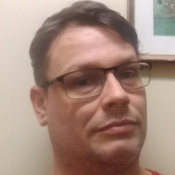 Ashley John Swim was born in Oromocto and raised in McAdam, where his family still resides. As a child and youth he spent a lot of time on his grandfather’s farm just outside McAdam near the New Brunswick/Maine border. He considers himself an outdoorsman and loves nature, and is also an avid reader with a broad range of interests. He loves history and one of his favorite hobbies is tracing ancestry and genealogy.

Ashley has worked in a variety of settings over the years, including the YMCA of Fredericton, Christ Church Parish Church, Brunswick Street Baptist Church, the University of New Brunswick, St. Thomas University, and most recently the Maritime Forestry Complex.

Ashley is a proud New Brunswicker and Maritimer. He loves Fredericton and enjoys hiking and biking the many trails in and around the city. During the weekend and summer vacation, he can usually be found with his wife Lana and daughter Piper near the ocean, either on Grand Manan or Pocologan. Ashley is very excited and grateful to be part of the Cathedral congregation and is looking forward to meeting everyone. 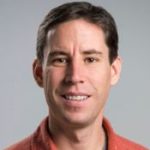 Born in Illinois but raised in Littleton, Colorado, Kurt has lived in Fredericton since 2006.  He holds a bachelor’s degree from Colorado College (1997—major in Mathematics, minor in African Studies) and an MEd from the Institute for Humane Education in Surry, Maine (2011).

Kurt considers himself an educator at heart, and has spent the last 15 years working as a teacher in diverse contexts and at various levels.  Kurt’s own spiritual journey includes formative periods among his Jesuit teachers and mentors in high school, with monastic friends during university, and alongside members of L’Arche communities in both Canada and the United States.

A lover of music, dogs, poetry and soccer (the real football!), Kurt lives in downtown Fredericton with his wife Catherine (an occupational therapist) and daughter Rachel (launching into her second decade).

Kurt says he is honoured and blessed to be part of the Staff Team as Director of Christian Formation, serving God and the dynamic Cathedral congregation. 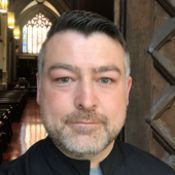 Professionally Jason is an Army Officer in the Canadian Armed Forces in his 23rd year of service. He belongs to the Royal Canadian Regiment which has a historical relationship within the Cathedral.

He holds a Bachelor of Military Arts and Sciences Degree from the Royal Military College at Kingston Ontario and a Diploma in Theology from Thorneloe University. He has deployed to the former Yugoslavia, Haiti, Afghanistan, and Latvia with domestic operations to the Quebec Ice Storm, the Swiss Air disaster, and with this year’s local flooding.

Jason is married to Susan and together they have three children, Gabe, Nate, and Ivy. Jason came to the Anglican tradition in 2013 and has an ecumenical background within other Christian traditions. In March he was recommended to Holy Orders while discerning a call to the Chaplaincy in the Armed Forces, while that did not materialise he continues his studies in the Mater of Theological Studies at Wycliffe College, and remains open to Gods call upon retirement from the army. In the meantime he has chosen to serve among us in the role of Verger.

Jason began as Verger on 01 July 2019. His role will also include some coordination of other individuals who will attend to verger responsibilities from time to time.