The World Council of Churches’ Conference on World Mission and Evangelism met in Arusha, Tanzania, in March 2018. From this meeting, the more than 1,000 participants, who were all regularly engaged in mission and evangelism, issued the Arusha Call to Discipleship.

We are called to discern the word of God in a world that communicates many contradictory, false, and confusing messages.

It perhaps goes without saying that the gospel (the “proclamation” of the Church) is but one in a plethora of other messages in the world. That has probably always been so. But with the advent of ever more efficient communication, the possibilities for contradiction, falsification and confusion has been kicked into overdrive. With a finger swipe on a mobile phone, a click on an email send button or posting on social media or a website, the entire world can now hear what I have say in an instant (not that the world is necessarily listening, of course). How do we make sense of the barrage of messages? How do we “discern” what is the word or “a” word from God?

Our own Anglican denomination through the centuries has leaned heavily on a belief in the sufficiency of Holy Scripture and how the word of God informs our living. “Everything necessary to salvation” is contained therein, says Article VI of the Articles of Religion. But what is that word? How do we “discern” it from all the other words, especially in times where personal freedom and human rights seem to be at the top of political and social agendas? Can the Church stay on point? And what is that point anyway?

The series of gospel passages we’ve been reading from the Gospel of Matthew through the latter part of this year have taken us on a wild and challenging ride through the conflict between Jesus and the religious authorities of his day just before Jesus’ passion. Through parable and story Jesus confronts with questions. The Scribes and Pharisees have questions of their own, most designed to entrap or publically discredit him. The religious leaders were not bad people. But soaked in tradition and focused so intently on what living faithfully according to the word (law) of God meant in their opinion, they had lost sight of the goal – relationship with God.

As Christians, at least one of our dilemmas is being faced with the need to be good citizens of the world but also citizens of the Kingdom of God. One does not necessarily bring about the other. In ‘The Theology of Hope” German Theologian Jürgen Moltmann offers some analysis of what it means to be Church in society. He identifies three roles: personal, communal and institutional. 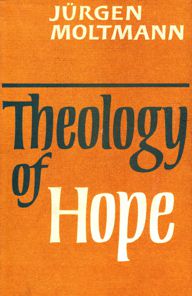 Faith in our time is too often considered to be only an individual matter - personal. Being internalized and privatized, faith has become mostly about our feelings, recognized less and less as having any sway in the criticism of social behaviour. Western moral values which have their roots firmly in the Christian tradition have been silenced, deemed to have little worthwhile to say any more. Faith and morality subject to only personal critique is in danger of running off the rails. We’re seeing both. Discernment requires collaboration.

In the communal role the community of the faithful becomes what Moltmann refers to as a “non-worldly phenomenon.” Together we find a way to be human that deters loneliness and isolation and re-establishes what is so often lacking in society – community. The Church provides warmth, belonging and authenticity. Together, seeking the Kingdom of God even in our midst makes the Church a counterbalance in a necessary conversation with society.

The Church is also institution, a word more often than not these days carrying negative connotations. Institutions serve as anchors. One definition is “a stable, valued, recurring pattern of behavior.” When the winds blow, it’s the institutions of society that provide the foundations upon which we can find a firm place to stand –  even survive.

Discerning the word of God may have to do with first deciding what we mean by “salvation” since that is at least one purpose of religion. From what do we need to be saved? If in answering we come up empty, we have entirely missed the natural human need for spirituality; the added dimensions of life faith brings; the meaning and value of discipleship and; being part of something bigger than our little selves. God’s word, in the spirit of his Son Jesus, is all around when we have eyes to see. For the Christian, Scripture has been our guide through the ages, “the lamp unto our feet.”

This article was published in the New Brunswick Anglican, December 2020 issue. 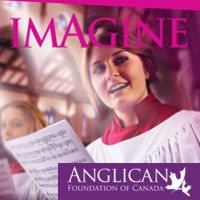 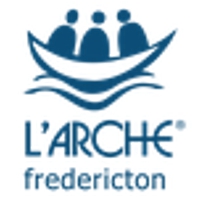