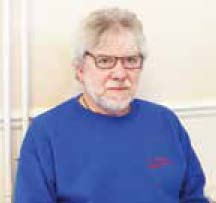 How many of us have heard the above phrase in our working lives? It is an exhortation to use your time wisely so you can produce more with less effort and is typically well understood by everyone. Have you thought about stewardship in the same way? We all know of the tax benefits that come from donating to a registered charity, and I have written on this on a number of occasions.

Let’s look at food banks for example. How many of us add a few extra cans of soup, boxes of Kraft Dinner, or pasta to our grocery carts and donate it in the bin after we check out at the cash register?

Volunteering at a local food bank two afternoons most weeks, I can certainly see the need, especially now with all the restrictions and unemployment due to COVID-19, although New Brunswick is faring better than most provinces.

Instead of buying those extra items, welcome though they are, have you considered donating directly to the local food bank or to Food Depot Alimentaire, the organization that distributes to the food banks?

I’ve illustrated the advantages of doing this in a table. The food banks do not have enough food donations to fulfill their needs so they go out and purchase.

Due to their bulk purchases, the major chains give them a price break — more product for the same dollar amount. I had not thought about this until our parish had the executive of a local food bank give us a talk. If you think about what you spend, then gross it up to allow for the tax relief, then donate that amount, you have spent the same after-tax dollars. However, the food bank is able to use those grossed-up dollars and purchase much more. The end result is that for the same after-tax donation to the food bank, they receive far more product than if you had donated the product itself.

As you can see, the first column is an illustration of giving product directly. The second shows donating the same amount of cash, lowering your after-tax cost but giving the food bank extra.

The last column shows the result of giving so your net aftertax cost remains the same as donating product but the food bank receives three times the product that you would donate directly.

In New Brunswick the tax relief is a little below 50 percent, but I have used that percentage for ease of illustration. This is just one example of smart stewardship where you leverage the tax advantages so your charitable donation goes much further.

Think about all you do and whether there is a way to give smarter and benefit your chosen charities.