Fran and I recently spent a very enjoyable hour on lawn chairs on the Cathedral green chatting about her life, and plans after her retirement in June. Fran has been our office administrator for the last eighteen years, and has helped to hold the Cathedral family together with her quiet efficiency and caring. 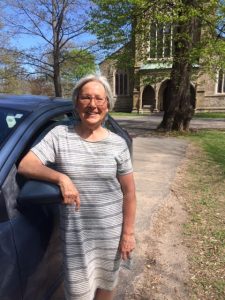 Fran grew up in Maugerville on the family farm with her parents and is the youngest of four, with two older brothers and one older sister. Her mother operated a small handicraft shop called Homestead Crafts at the roadside for many years, which happily provided a summer job each summer. Growing up on a farm, it was an idyllic life for a kid who loved and named all the barn animals (!) and enjoyed a succession of cats and dogs at her side constantly.

She graduated from Fredericton High School (what is now George Street Middle School) and Teachers' College with a diploma in Home Economics, and then she was off to Montreal to teach. She was just turning 21, teaching middle and high school age students, a couple of whom were even older than she was! The students were wonderful and great fun. A ‘study class’ of approximately 25 teenage boys became a test in creativity. Arrangements were made, after class, if they so wished, to participate in a Chef's Club, which turned out to be very successful. They all loved it. They learned to cook, bake and make a whole meal! And they cleaned up afterward!! When she finally resigned, a group of her most challenging students actually left her a cake and a sweet note at her apartment, saying they would miss her greatly! She was very touched by their sentiment (and their cake, she said, was delicious!!!).

From there, Fran went to the James Bay area of northern Quebec teaching Aboriginal children. She loved the students... they were shy at first but as time went on, they were certainly welcoming as were their families. She found out early on that goose season takes precedence over school classes, as suddenly no one showed up for class for two weeks!! However, the living and working conditions were not the greatest... the water was unhealthy, a number of staff were ill, and there seemed to be huge challenges in receiving a pay cheque. No amount of enquiring or protesting could seem to rectify the issues, so 75 percent of the staff resigned at Christmas. 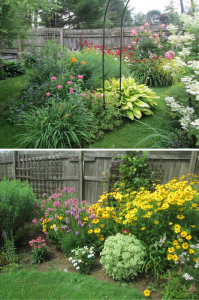 Back to New Brunswick she came and worked for the federal government, in what was then the Unemployment Insurance Commission. Following that, looking for a change, Fran took a course in Travel Counselling, and became one of the front desk receptionists with Howard Johnson's Motel by the Princess Margaret Bridge. She met lots of interesting guests, including Charles Dutoit, the then conductor of the Montreal Symphony, Mr. Bacardi of Bacardi Rum fame, and had interesting situations arise such as the Tuba player from the Montreal Symphony who chose to practice his instrument at 11 pm! Diplomacy and patience are two highly desirable qualities when you work in the travel industry!

Fran also worked for ten years as a legal secretary in civil litigation at a large local law firm. It was a tremendously busy position. She worked in both English and French as the clients were from all over the Province. After ten years, and after some prayerful thought, and reflection, Fran decided she felt she was being led to make the decision to resign.

So she left the law firm and went to work at a summer job at Green Village, a plant nursery located in Lower Saint Mary’s. It was a job she loved. However, it was only for the summer months. About two months in, Keith and Elinor Joyce told her that the Cathedral secretary would be leaving and asked if she would be interested in the job. Well, the rest is history! 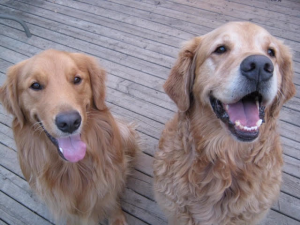 Fran has always loved dogs. When living away, it was difficult to have pets, so once back in New Brunswick, dogs began to reappear. Boots was her first childhood companion - a long-haired Collie, wonderful with kids and families. More recently, there was Sophie, a shepherd/lab, then Simon, a golden retriever, then Jesse, and Jack, both goldens as well. Jack had a bit of a struggle in the beginning of his life, and it took a great deal of patience on Fran's part to finally train him. As she describes the ordeal, her great sense of humour is displayed. Jack and Fran have daily walks on the city trails, in the woods along the Nashwaak River, on city sidewalks and in a large grassy field where they’re allowed to roam. The daily outings are a joy for them both, and keep them both fairly fit.

Fran plans to take a bit of a break for the summer months, deciding where life next will take her. Volunteer work is very appealing and the choices are many so that will take some investigating. She’s also looking very much forward to returning to worship at the Cathedral. At the moment, as spring is gloriously appearing, she is looking forward to working in her beautiful garden, taking lots of photographs, having friends over for a bite to eat, later on making jams and jellies when the berries and fruit are available, taking fun trips here and there, doing lots of baking, summer reading of good books, and re-painting her shed a lovely plum-purple colour, trimmed with white!

I asked Fran if she has any advice. “Simply be grateful for all that our Lord has poured into your life. Look around you and see all the blessings you’ve been given and then see how many blessings you can give to others.”

We wish her well and are glad she will still be an active part of our Cathedral family.