The Lambeth Conference – What is it? 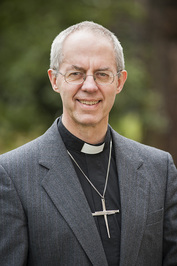 While not a governing body of the Church, per se, (being neither Synod nor Council), the Lambeth Conference is a significant moment for the Anglican Communion, drawing together spiritual leaders from around the world about once every decade since the mid 1800's.

The Lambeth Conference has always discussed church matters and issues of global concern, including: the persecuted church, refugees, faith and order issues, marriage, the family, human sexuality, the ministry of women, racism, war and peace, Christian ethics and the Christian way of life.

The Lambeth Conference dates back more than 150 years; the first was held in 1867 with 76 bishops present and has happened about every 10 years since.

the Lambeth Conference dates back more than 150 years

Despite having no legal powers, Lambeth Conferences gradually gained respect and influence. Christian unity was addressed from the outset. The pastoral letter signed at the end of the first Conference declared Anglicanism was part of something bigger. It began, “We, the bishops of Christ’s Holy Catholic Church…” The ‘Chicago-Lambeth Quadrilateral,’ approved at the conference of 1888, remains the Anglican statement of the fourfold essential basis for a reunited Church.