J. Thomas D. Gonder, born in Cayuga, Ontario in 1971, exhibited musical gifts at an extremely early age. He spent most of his life in London, Ontario, his family having relocated there in 1981. Immediately becoming involved in the musical life of St. Paul's Cathedral, he spent many years there as a chorister, Organ Scholar, Assistant Organist, and Organist and Master of the Choristers. Thomas quickly rose to the forefront of the Canadian Organ scene as one of its brightest young performers shortly after his public debut at the age of 15 under the tutelage of D. Mervyn Games. His teachers, mentors and greatest influences also include David Palmer, Ian Sadler, William McArton, Catherine Crozier, Simon Preston, Gerald Bales, Naji Hakim and David Briggs. 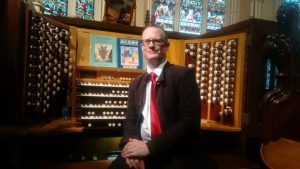 Thomas has developed a wide-ranging career as organist, accompanist, church musician, singer and composer. Naji Hakim (Paris, France) has described him as "a deeply feeling and emotional player," Simon Preston (Great Britain), "an amazing talent," and the esteemed Canadian musician Gerald Bales, OC, (1919 - 2002) proclaimed him the foremost interpreter of his organ works. Thomas has earned himself a reputation as an exciting, virtuoso performer of distinction in command of a vast repertoire, most notably with the French Romantic and Post-Romantic repertoire, having twice performed the complete Organ Symphonies of Louis Vierne. Thomas is internationally recognized as a leading interpreter of the organ works of Naji Hakim of Paris, France, the most prolific composer of organ music in the world today. Thomas has premiered much of Mr. Hakim’s work in Canada. In 1995 he gave the Canadian Premiere of 'Vexilla Regis Prodeunt' at the Jack Singer Concert Hall, Calgary, Alberta. 1997 saw the World Premiere of Gerald Bales' 'Impromptu-Toccata' at the closing concert of the Royal Canadian College of Organists National Convention. Thomas has also had numerous works composed for him and recent years have seen two world premieres of works by Parisian composer, Nicolas Chevereau and "Elegie Canadienne" by David Briggs.

Thomas is extremely active - and immersed in - all facets of the music scene in Toronto and is also in his sixth year as Organist, Music Director and Artist in Residence at St. Matthew's Anglican Church, Islington.

When I listen to your playing I say to myself "Here is an artist who understands the very spirit of my music! 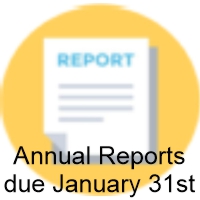