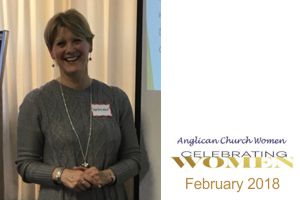 On a warm and sunny February afternoon – yes we did have some of those! – approximately 35 women gathered at the Cathedral Hall to hear Kathleen Snow’s presentation entitled Women Making a Difference – Where We are Planted.

Most Christ Church Cathedral congregation members know Kathleen as our Parish Nurse, a member of the 11:45 am Praise Choir, and an active member of Mothers’ Union. Kathleen has been involved with Mothers’ Union for over 30 years. She has served as the local Branch Leader, the Diocesan President, the National President and has gone on to work with the Worldwide Mothers’ Union. As she told the group gathered on February 17th, these roles have provided her with the opportunity to meet some amazing women of faith around the world who truly are making a difference where they are planted!

Before introducing the attendees to these women, Kathleen challenged the group to come up with a list of characteristics of women who make a difference. Most attributes were positive but the odd less- than-positive one did manage to creep in reinforcing the notion that no one is perfect! Here are some of the attributes identified: nurturing, strong, thoughtful, supportive, determined, flexible, organized, committed and bold.

One of the women that Kathleen went on to speak about was Claudette Kijeme of Burundi. Claudette is a Mothers’ Union Worker who has been leading a Literacy Program focused on women. Since the program started in the year 2000, almost 74,000 people have been trained and are now functionally literate. Literacy Circles have been established in many regions of Burundi and surrounding African countries and the testimonies of women (and men) who have participated were very moving. Life constraints have been removed through literacy. Women can successfully manage their market stalls and not be cheated because they couldn’t count change properly. Literacy became a main tool to empower women. As more and more men became involved, they came to see that women were not worthless as culture had dictated and relationships between husband and wife improved. They now recognize the importance of literacy for their children, a distinct advantage for future generations. Not surprisingly, Claudette’s work led to her being invited to address the United Nations Council on the Status of Women as a member of the worldwide Mothers’ Union contingency several years ago.

Sheran Harper of Guyana developed the Mothers’ Union Parenting Programme which also started in the year 2000. This support program for parents is now run worldwide by Mothers’ Union. Sheran trains facilitators to run the Program aimed at improving family relationships. Kathleen trained under Sheran who visited Fredericton in 2008.

Although Kathleen spoke of other women making a difference in far off places, she reminded everyone that in our midst there are women making a difference. Dawn DeCourcey, a Fredericton resident, quietly runs a program called the Fundy Peace Foundation (FPF). While visiting a school in Kenya as a representative of the Foundation, Dawn realised that even though children may obtain the necessary high rankings to get into high school, they are often too poor to attend. In response, FPF set up a scholarship fund to assist students. It was also noted that few females complete elementary school and become eligible for high school. The Masai Mara Project has raised over $10,000 to help address this need. 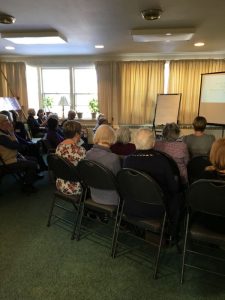 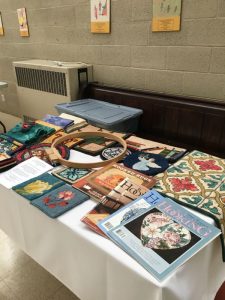 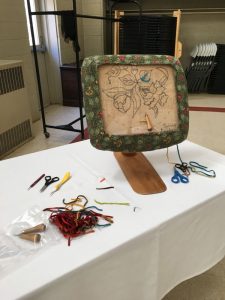 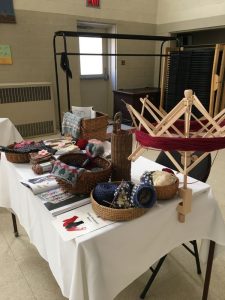 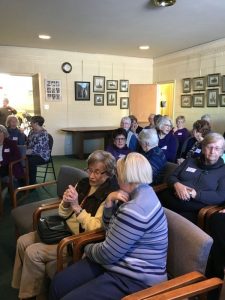 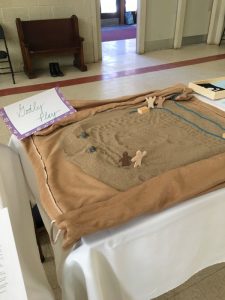 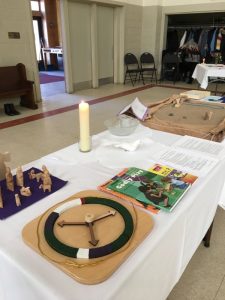 So many women making a difference. Blooming where they are planted and continuing to sow the seeds of help wherever they are needed through their faith and their relationships with others. It was noted that as our faith grows, we often look to demonstrate that faith and the love of God to others. These women have all succeeded and continue to succeed in living out their faith each day!