At the end of this year Doug Milander will turn in his apron after 10 years as co-ordinator of the cathedral’s community kitchen ministry.

For well over a decade, the cathedral has supplied teams every Saturday evening year-round to help the cook from 4 until 6 p.m. with food preparation, serving the crowd, and doing the dishes.

“The shift is only two hours a month, the work isn’t difficult, and it’s rewarding to help people in need,” Doug said. “It’s a really busy place, and our help is appreciated.” 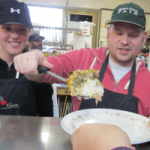 However, 10 years straight is a long time to give to a monthly volunteer activity. He’s also busy with the cathedral’s Monday morning drop-in for people in need, the food bank basket collection, and the Christmas Angels program. As well, he’s part of the core group assisting the Liberian refugee family to settle into Canadian life.

“It’s time to pass the torch,” Doug said, noting the co-ordinator’s duties would include recruiting team captains and team members this fall, developing a schedule for the year ahead, and reminding people of their commitments.

It’s time to pass the torch …

Currently, four teams help at the Saturday suppers in rotation. Each team has more than a dozen members, and four-to-six people are expected to cover the two-hour shift. Ideally, a person’s turn would only come up every couple of months. 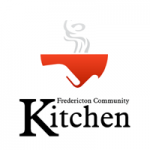 In recent years, the cathedral congregation has not been able to provide enough volunteers. People from other denominations have joined all four cathedral teams which does add a nice social aspect to the work.

“I would be glad to meet with anyone interested in taking on this important volunteer opportunity,” he added. His number is (506) 455-3299. 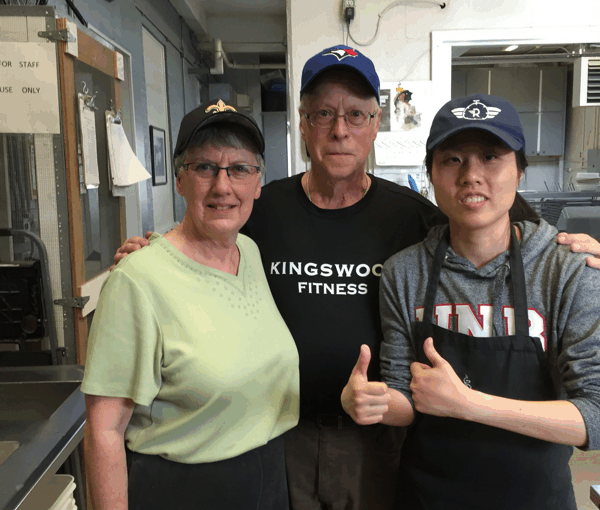 CLEANING UP – Doug Milander, longtime co-ordinator of the cathedral’s community kitchen ministry, takes a break from doing dishes to pose with his wife Ann Deveau, one of the team captains, and Fan Liang, a graduate student from China who joined a cathedral team to help people in need.

Bishop and Chapter met 21 September 2020 by video conference with 11 of 14 members present. The Dean lead reflection on Gospel themes during the Season of Creation. Minutes of 15 June 2020 were adopte...
View on Facebook
·Share

Bill Turney from the cathedral congregation adds to a big bowl of treats to be packed into goodie bags for people in need. Bill and his wife Carolyn are among the frequent contributors to the Monday morning outreach program, baking delicious cookies for the guests. On Sept. 28th, 48 people received goodie bags, plus either city bus tickets or a $10 gift card for a local supermarket. Due to COVID-19 restrictions, distribution is done outdoors on the steps at the hall with social distancing. This method has been used since March and will be repeated again Oct. 26th. The outreach team thanks the congregation for its support.

Here are a few comments from our guests to help you realize how important your contribution is to these folks:

This was the Outreach Committee's seventh month distributing gift cards and bus tickets outdoors since the pandemic started. The average attendance over that period has been 44 guests per month. ... See MoreSee Less

It has been a long six months since we have held a Blood Pressure Clinic after worship on Sunday. If you would like to meet individually with the Parish Nurse, either in her office at the Memorial Hall, or have her visit you in your home, please contact Kathleen to arrange for an assessment. All COVID precautions will be maintained during these visits.