Sally has enjoyed a career of twenty years in opera houses and concert halls throughout North America.  Born in Woodstock, New Brunswick, Sally now lives in Fredericton with her husband, Chris Lynn, and two sons, Robbie and Patrick.  They attend Christ Church Cathedral.

She graduated with a Bachelor of Music from Mount Allison University and received a Diploma in Operatic Studies from the University of Toronto, where she studied with the wonderful Canadian soprano Lois Marshall.  She was a member of the Opera Ensemble of the Canadian Opera Company and had her main stage debuts with the Canadian Opera Company in the roles of Lauretta in Gianni Schicchi and Musetta in La Boheme. 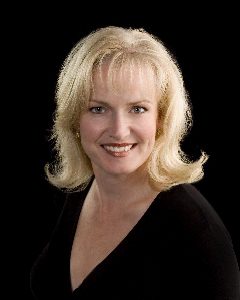 Sally is active as an adjudicator in the Maritimes both at regional and provincial levels and gives frequent vocal master classes across Canada. Sally is featured on an ECMA 2007 nominated disc with the Saint John String Quartet and on Le Souvenir, Canadian Songs for Parlour and Stage with acclaimed baritone Russell Braun.

This very busy lady talked about the influence that the Anglican Parish of Woodstock has had on her life and career. Growing up, she was a member of the choir from an early age, and she even played the pump organ each Sunday during her high school years, at Christ Church Woodstock, on the St. John River. Our own Bill Turney was one of her mentors.

Sally frequently attended the summer Diocesan Choir School, which was for several years held at Camp Medley. The closing Evensong of Choir School in those days was always held at the Christ Church Cathedral, and again, Bill Turney was there!

Years later, after marriage to Chris Lynn (whom she met at Mount Allison), and two sons, her career took off.  She was living in Toronto, and Chris was a “stay-at-home Dad.” They decided that it would be better for their little family to return to the Maritimes to live. Chris now has a successful banking career with President’s Choice Financial (PC Bank).

When it came time to choose a church home, the Cathedral was “a natural.” She already knew Bill, and had sung there with the Choir School. Immediately, she and Chris knew that they had made a good choice as everyone was friendly and supportive. 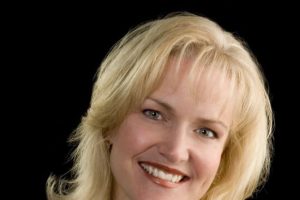 Both Robbie and Patrick were members of the Cathedral Treble choir: Robbie while Michael Capon was Director of Music and, Patrick with Dr. Willis Noble. “They loved it,” says Sally.  As a result of this influence, (and the genes helped) both have continued their interest in singing, taking part in Calithumpians, school and university choirs (Robbie), and GODSPELL, (both boys), produced at the Cathedral recently with Willis Noble and Terry Pond. Patrick was a Cathedral tour guide during the summer of 2015, and currently has shown strong talents in stage management at Fredericton High School and with Theatre New Brunswick.

Robbie and Patrick have been both choristers and camp counsellors at Choir School, for several years now hosted again at Rothesay Netherwood School. They say that “It would be a good idea for teams of former Choir School choristers to go out to their local areas and tell about the wonderful times there, and maybe even show some videos to prove it!”  The enthusiasm is contagious.  “Many just don’t  know what they’re missing!”

Sally is herself had slightly different sort of summer recently, playing the lead in a Broadway play at the St. Andrews Summer Theatre in St. Andrews, NB.  Written by Stephen Temperley, “Souvenir” is a comedy of the vocally challenged diva Florence Foster Jenkins.

Sally and Chris are thankful for the congregation and staff at Christ Church Cathedral for the marvelous feeling of family and support they have experienced over the years. All is a positive influence.