What is reverential capitalization?

Someone has asked: What is reverential capitalization? 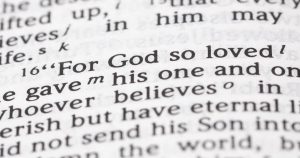 Reverential capitalization refers to the practice of capitalizing words referring to the Divine in religious texts. Wikipedia defines it as “capitalizing religious words that refer to deities or divine beings in cases where the words would not otherwise have been capitalized.”

Interestingly, it was very popular in the last century, mostly in the 1960's and 70's and somewhat more so among Protestant Christian denominations but has fallen out of use in most formal publishing since then. We might note that most biblical translations do not employ reverential capitalization in their texts including the King James, the New International and the New Revised Standard (the preferred translation in most of the Anglican Church of Canada).

The Anglican Church of Canada 1938 Hymn Book did not utilize reverential capitalization for pronouns (eg he) or possessives (eg his) but often applied it to names referring to God (eg Master, Friend, the King, the Crucified). By the time of the publication of the current Canadian Anglican hymnal, Common Praise, 1998, the choice was quite obviously made not to reverentially capitalize and generally uses capitalization sparingly, more in line with the now more common practices of the bigger publishers.

... more does not necessarily mean better

The logic behind not using it is that more does not necessarily mean better. The question should be: what results in more effective communication? Simpler style is often preferred for clarity. If half of a hymn or songtext, for example, is reverentially capitalized, the overuse of capital letters actually makes the text less readable and does little if anything to improve or make it more understandable. One author points out that “not using capitalization does indicate lack of reverence and that capitals do not mean respect in English anyway.

When the name of God is used, of course, it is still proper and preferred to use a capital letter as it is with any proper name. Many linguists and language scholars confirm that there are no firm rules in English and that it continues to be mostly a matter of style and primarily the preference of the writer.

My preference, if asked, is simpler style.

An update from the Reverends Nelson and Kara Mejia about their ministry in Honduras. ... See MoreSee Less

The Reverends Nelson and Kara Mejia are SAMS Canada (South American Mission Society) missionaries and priests in the Diocese of Honduras. Kara Mejia is the daughter of retired New Brunswick priest Gor...
View on Facebook
· Share