Be Proactive, Take initiative and Act with Integrity – PTAI. This was the message from the Rev. Michael Elliott at the Church of the Holy Spirit in the Portmore Deanery in Cumberland, Jamaica. 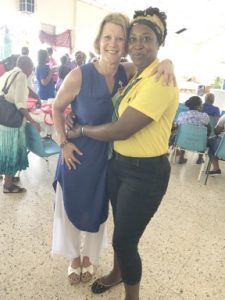 We attended worship on the Sunday morning at Michael’s church in Cumberland, Jamaica. The reading for that day was from Luke 16:1-13 about the rich man and his manager who was dishonest. Michael called the man a ‘scammer.’ He was currying favour and trying to be proactive in a time of crisis. Michael shared that Jesus was suggesting that here was a man in crisis who was focusing on what he had to do, and he did it. Jesus wants us to be proactive disciples who take the initiative and act responsibly in our relationships with him and the world around us (adapted from here)

Michael stated that nothing focuses us in life like a crisis and that the challenge for us is how we respond. Our initial prayer is “Lord, have mercy.” And rightly so – we must be proactive; first and foremost we must give that control over to our Lord in any situation.

He then went on to speak about taking the initiative. We heard about the Mothers’ Union in Cumberland who ran a Children’s Home for HIV Children. He shared how the Mothers’ Union members run the home, managing the staff and providing food daily for the children in that Home - an example of taking initiative and acting with integrity. 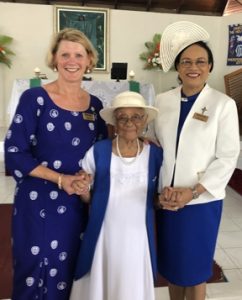 During that worship there were many Mothers’ Union members in attendance. The congregation was a sea of blue and white - the Mothers’ Union uniform colours. I had the privilege of meeting Mrs. Louise Bailey, or Aunt Lou as she was affectionately called. Aunt Lou was 103 years of age and had been a Mothers’ Union member for over 60 years! What a joy to meet this lovely lady who had worked most of her life supporting the work of Mothers’ Union in her diocese. She recently died just two weeks ago and is sadly missed. Helping Other People Endure – HOPE. 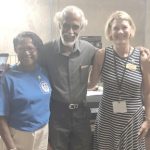 On our first day in Jamaica I was asked to speak about Mothers’ Union on the local radio station program called "Think on These Things."  Ephena Matthew (Diocesan President of North East Caribbean and Aruba) and I were interviewed by Tony Patel, a broadcaster on the program. Tony was a distinguished-looking soft-spoken man with a broadcaster’s voice. I noticed when we first met that his hair was long and braided down his back.

When I later spoke with him, I asked him about his children. He mentioned that he had a son who had been missing for over two years. He continued to search for him and had not cut his hair since his son had gone missing. He and his son had always gone to the barber together, and he was not planning on cutting it until he found his son. There was suffering and hope in his eyes. Helping Other People Endure – HOPE.

Alice, Lilian and I visited a number of Mothers’ Union projects in the different deaneries. We visited a Kingston Deanery project called the Parent Place at St. Mary the Virgin Church and Elementary School. The school was run by the local Mothers’ Union branch and was also funded by local government. As a result of the Parenting Program, which was facilitated by Mothers’ Union members, a building was attached to the school called the Parent Place, where parents would meet to support one another and participate in the Parenting Program - a very successful parents support group which encourages stable family relationships. 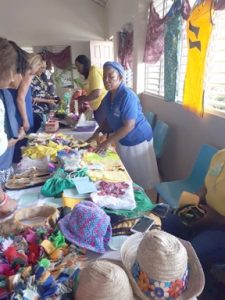 Lilian and I also visited the Clarendon Deanery where we viewed a Skills Training and Income Generating project which the St. Paul’s Mothers’ Union members supported and facilitated. Here I met Sadie and Kemesha, two young women who were encouraged to think about what items they could produce themselves to sell at local markets. Sadie was making jewelry and Kemesha crocheting clothing. Kemesha stated that she was hoping to open up her own shop one day and Sadie stated, “I am an entrepreneur!” Helping Other People Endure – HOPE.

Lilian and I were also privileged to attend the Women’s Conference in Mandeville where I was asked to speak on Women’s Health. Many women from all over the diocese shared in this day and celebrated health and healing of body, mind and spirit.

Our Worldwide President Mrs. Sheran Harper was in attendance as well, and it was it was a pleasure to be with her at the Celebration Banquet and share in the work of the Mothers’ Union. We met many other members from St. Jude’s in St. Andrew Deanery and YS Falls in St. Elizabeth Deanery. I learned how to speak patois (com mek me hol yu han, man) and Lilian and I even took a dip in the YS Falls. 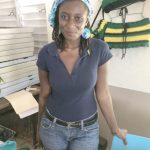 Throughout this trip it was the people we met and the relationships shared that were most meaningful. I will remember the stories from the Rev'd Michael Elliott, Aunt Lou, Tony Patel, the Parent Place, Sadie and Kemesha. It is heartwarming to experience and realize how Mothers’ Union members are proactive, take initiative and act with integrity around the world. They give HOPE - helping other people endure, by the grace of the Holy Spirit. To God be the glory! 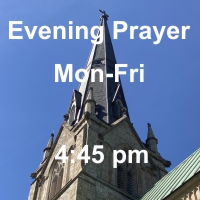