When entering the living spaces of Cathedral faces Sandra and Harry Palmer, its impossible not to immediately notice the beautiful and well-kept gardens surrounding their home. Clearly, gardening is a passion. They have many.

They are a couple who have discerned a call to keep us on track with volunteering for readings and serving in various ways in worship at the Cathedral.

Sandra and Harry came to the Cathedral in 2005, and say they found it a very welcoming place, and have remained. Prior to that, they lived and worked for many years in Perth-Andover NB. Harry was a principal of several schools, and Sandra a laboratory technologist in charge of the lab at the hospital there. 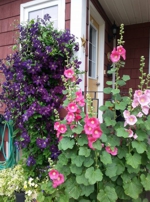 Flowers at the Palmer’s

Harry grew up mainly in Fredericton Junction, living with his Grandmother. His Father had died when he was only ten. His Mother worked full-time. He has many fond memories of the place and the people there. He went to Teachers’ College in Fredericton, and immediately upon graduation, was appointed principal of Perth-Andover Elementary School. Since that time he gradually took courses at the University of New Brunswick, and St. Thomas University. He holds a degree of master of education from the University of Maine. They moved about, Harry working in various positions and eventually retired from the same school where he began teaching. After retirement, Sandra and Harry moved to Fredericton.

Sandra was born in Quebec, growing up mainly in Saint John, NB.  She graduated from Saint John High School, and then from the School of Medical Technology. 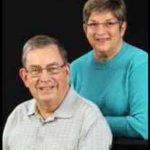 Sandra and Harry in the 2017 Photo Directory

Sandra and Harry met on a blind date, and were married 50 years go this September, by Canon Walter Bockus in St. George’s Anglican Church in west Saint John. They have three children – Andrew and Kara are twins, are both married and living in Nova Scotia, and Quispamsis, NB, respectively. Their youngest is Katherine, married to Andy Rogers, and also members of the congregation at the Cathedral. Three grandchildren in their family are all girls! 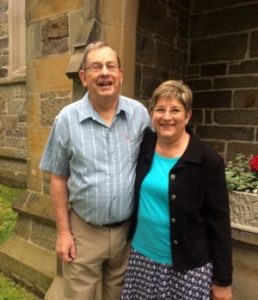 Harry has delved into his family history and has amusing stories to tell about his British ancestry and how they came to settle in Maugerville NB, after living abroad in India, with the military.

Their interests are many having participated in Alpha twice, and minister in several ways from the Cathedral. Harry recently became part of the Bishop and Chapter Christian Formation Committee and still teaches a course at UNB when asked. The garden stands out as evidence of a care and attention to what God has made.

When asked if they had any “Words of Wisdom,” they both chuckled. However, in their experience, they feel strongly that it is important to tell anyone who has had a strong influence on one’s life or career, to tell that person how they have affected them. It just might make their day (or be the encouragement needed to keep making a difference). 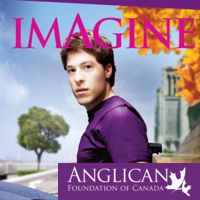 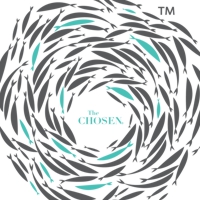 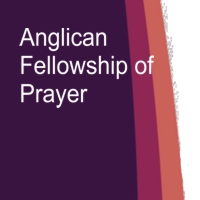