Time to count your blessings – Refugee sponsorship one year old

On the night of July 27th, 2016, a weary Esther Gmah crossed the tarmac slowly at Fredericton Airport in a wheelchair and met a smiling group of eager people waving balloons, flags and signs.

Her children, Arene and Catherine, and her husband, Phillip Weah, looked equally bewildered. It had been an exhausting journey for these Liberians from a crowded refugee camp in Ivory Coast to a faraway, new place called Canada. 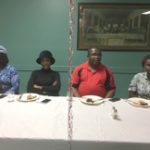 Exactly one year later, again surrounded by smiles and balloons, a grateful Phillip told people gathered at a potluck party at Christ Church Parish Church that the family did not know what to expect that night.

“We put ourselves in your hands at the airport,” Phillip said. “You took care of us, you solved every problem, you were always with us. It was always good.”

Phillip recalled how worried he was because Esther was extremely unwell. She spent four months in hospital soon after arrival.

“Now she is walking, thanks to your prayers,” he said. “I say thank you, thank you. Every day I pray to Almighty God that He will reward you for helping my family.”

You took care of us, you solved every problem, you were always with us.

Esther, holding a dozen red roses presented at the anniversary party, smiled broadly and told the crowd: “God is good. Thank you, thank you.”

Cecilia Putu, a Liberian friend who moved here from the same refugee camp earlier than the Weah-Gmah family, thanked the sponsors by singing a song with the refrain “someone by your side.” 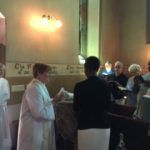 On Sunday, July 30th, the family had another reason to celebrate. Phillip joyfully sang “Count your Blessings” in St. Anne’s Chapel of Ease, following the baptism of 17-year-old Catherine by Archdeacon Wandlyn Snelgrove.

The parish, one of several that raised funds to support the family for the past year, provided a beautiful cake in Catherine’s honour. It also owns the rent-subsidized apartment where three of the family now live. Arene has moved to a rooming house.

During the anniversary celebration, Archdeacon Patricia Drummond noted that the family will receive another year of support from the federal government while ongoing health issues and language skills are addressed. 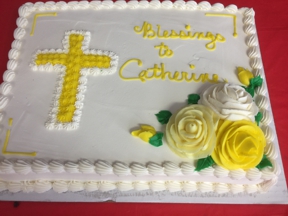 “It has not always been easy during the past year, but we congratulate you on the progress you have made,” Pat said. “We will continue to help you with some things in the future.”

She also thanked the contributing parishes for their financial and prayerful support.

“There is still a need for help in paying off thousands of dollars owing on the government travel loan, for Catherine’s medical appointments in Halifax, and to supplement their rather low income, until Phillip is able to secure a job,” she explained.

An organ recital by cathedral music director David Drinkell will be held at 12:10 p.m. on Friday, August 25th, at the cathedral with proceeds from a freewill offering being donated to the family.

“Everyone is welcome, and we would like to see all the pews full for this beautiful music and worthwhile cause,” she concluded. 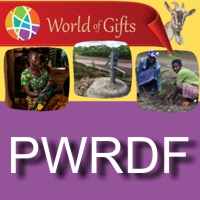 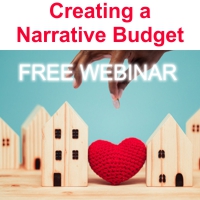