What does it take for you to go somewhere you have never ever been before? For some people they become filled with fear and never want to go, others they just need the money and they are already on the plane, and others still just need to hear the voice of God and they will be there no matter what the barrier.

I had the privilege of going down to French Guiana at the end of July to celebrate the 20th anniversary of having an Inter-Varsity group (GBU) in French Guiana. In 1996 there was a group of university students from Martinique who came to French Guiana to plant a GBU in the second largest city, Kourou, and there were a bunch of bumps along the way but they knew that they were called their so they faithfully followed. Since then GBU in French Guiana has expanded to the other university in Cayenne and onto 3 different High schools. All of this has happened by the initiative of volunteers and students because there are currently no staff workers there. 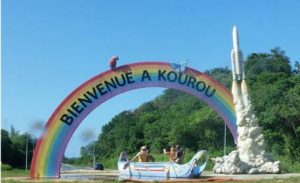 For me it was also my first time in French Guiana and it was a mixture of exciting and scary to go to a place where I did not really know anyone but I had heard so many good things about. For me, seeing the teaching that was there, the way in which they celebrated and my time interacting with students it was a strong confirmation that I am being told to go somewhere I haven’t really ever been before. I am stepping out in faith and I hoping and praying that my contributions can have the same impact as those first students had when they first got off the plane and started ministering on the University campus. But so far what I have seen is so encouraging.

This past little while I have been back in Winnipeg and I have been able to fundraise the first 30% of my budget so in the next month I am aiming to get to 100% of my fundraising. I want to thank all of those people that have already supported me. If you or anyone you know would like to support the ministry of Inter-Varsity I would love to come and meet with you and tell you how that might be possible. 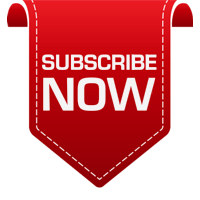 Join us at 10:30 a.m. for live streamed worship on our YouTube channel! www.youtube.com/channel/UCWusCo1t-vRV1JlhePk3RPA/ In the Red COVID-19 Alert Level, Sunday worship will be held online only. The Sunday Bulletin on the Cathedral website www.cccath.ca contains the Come Worship insert with song texts. Propers and Lections for the day can be found in the online lectionary. Cathedral Podcasts are available from the website or subscribe on TuneIn Radio, Google, Spotify or Apple podcasts. ... See MoreSee Less